In spite of the high wind potential existing in the Aegean Sea, wind penetration levels in autonomous island grids are currently limited. Currently wind energy accounts for approximately 10% of the annual load demand in all autonomous islands, while a realistic upper limit for wind energy penetration is estimated around 12-14%, based on the current operating practices. 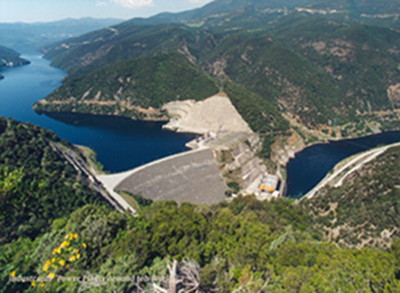 Moreover in the Aegean Sea there exist today more than 50 islands, which are not interconnected to the mainland power system and are powered by diesel power stations. In some islands (Kythnos, Ikaria and Crete) PHS pump hydro systems have been installed. Since June of 2000 the Hybrid System of Kythnos has been supplying Kythnos with almost 30% RES penetration.

Current legislation for pumping stations in Greece says that the plant is required to provide firm power during certain periods of the day, while it may also generate over the remaining hours, if the stored energy suffices. For pumping it is allowed to use energy from the grid (up to 30% of the energy absorbed by the pumps on an annual basis). These policies present serious drawbacks: First, excessive grid pumping also in periods without wind energy availability results in a waste of conventional energy and fuel. Second, the dispatch at fixed output power reduces the penetration of external wind farms since turbines substitute only flexible conventional thermal plants that allows the RE integration. Turbines should work supplying primary energy and balancing power for the integration of RE. (Operating Policies for Wind-Pumped Storage Hybrid Power Stations in Island Grids. S. Papaefthimiou, E. Karamanou, S. Papathanassiou(*), M. Papadopoulos 2009)

The project investigated the effect of the regulatory and market framework conditions on the development of new and operation of existing energy storage facilities in Greece and the other target countries. The existing market mechanisms and the regulations were scrutinised identifying possible barriers.

Using the assessment of the energy storage needs in Greece as a basis, a wide consultation process with the key actors, including an on-line questionnaire and a workshop, took place, the results of which fed into an action list including recommendations for improvements. The action list was then promoted within targeted decision makers and stakeholders in order to get the actions adopted to the extent possible. 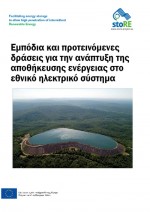 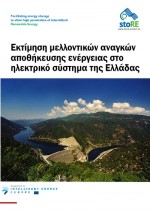 This publication is a summary of our study that assesses the future energy storage needs of Greece. 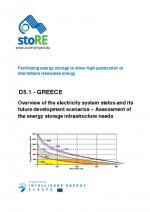 This report deals with the electricity supply system of Greece and aims to provide a clear overview of the energy storage infrastructure needs in order to achieve high penetration of renewable energy in the electricity system. The existing power generation mix and transmission system, and the planned development and reinforcements are considered, along with the national plans for renewable energy development in the next decades up to 2050. The necessity of new energy storage facilities and their feasibility from the energy point of view is investigated with the aid of simulations of electricity system operation characteristics, using specially developed software. The produced qualitative and quantitative results highlight the need and benefits of energy storage in future electricity systems.
The consultation process in Greece (in Greek) 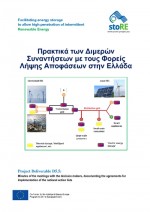 In the framework of the stoRE project a number of bilateral meetings were arranged between the members of the research team of the NTUA and key decision makers on energy policy and planning of the country, with the aim of discussing the implementation of the proposed actions in order to promote energy storage in Greece. 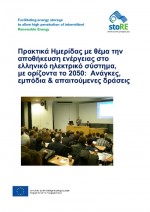 Proceedings of the National Workshop on the market and regulatory framework of energy storage in Greece that took place on the 29th of November 2013 at the National Technical University of Athens.